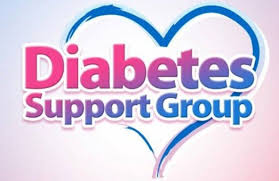 Diabetes Mellitus and Dizziness With a Patient’s Self-Description

Uncontrolled Diabetes (A1c > 5.7%) is a state of total body abnormal metabolism and total body inflammation with an inadequate insulin and glucagon amounts and/or actions, whereas, dizziness is a sensation of spinning around and losing one’s balance. These frequently present as complications of each other. Dizziness occurs more commonly in people with uncontrolled Diabetes. Agarwal et al. (1) found dizziness was 70% higher in people with diabetes than in). those without.

There are 4 types of dizziness. These types may overlap and are often not distinct.  The 4 types are: 1. Vertigo, 2. Disequilibrium, 3. Presyncope, 4. Lightheadedness (2)

1.Vertigo or Inner ear dizziness or Otologic dizziness- - is a sensation of motion with the surroundings seeming to whirl about, sometimes related to moving the head in a certain position. This type is best understood by recognizing that the inner ear conducts sound by vibrations of small hair cells that move inside fluid canals called the semicircular canals then transmits the vibration to the brain by the vestibulocochlear nerve, the nerve that transmits sound and equilibrium (balance) information from the inner ear to the brain.

On the way to the brain, this nerve then communicates with the vagus nerve, the nerve that controls the rate of motion for the intestinal tract (and other vital organs) in the uppermost part of the spinal tract and the lower back of the brain. They travel into the back of the brain where they meet the eye nerve thus, damage to the vestibulocochlear nerve may cause dizziness, blurring of vision with or without the eye balls moving in unusual patterns, nausea and vomiting, and the heart beating very fast. There are four types of vertigo:

Paroxysmal positional vertigo – this is the most common type; It is sudden onset, usually after the age of 40. It may be due to free floating bits of calcium carbonate (that were not metabolized) in the inner ear semicircular canals.

Meniere’ Disease – vertigo, and ringing of the ear (tinnitus). The cause is unknown.

Vestibular Neuritis – a disorder of the inner ear nerve, the vestibulocochlear nerve. This nerve sends balance, and head position information from the inner ear to the brain thus it is an inability to balance and to know where the head is located.

Disequilibrium – a lack of balance, usually refers to inability to balance self while standing as is seen in Parkinsonism or Diabetic neuropathy

Presyncope - sensation of “going to faint”. May be caused by blood pressure decreasing on standing, by medications, by physical exertion, or by the two together, Medications are the most common cause.

Lightheadedness – dizziness that occurs with psychiatric disorders such as depression, anxiety, or hyperventilation.

Determining the diagnosis of the type may be difficult. In more than 20% of the cases, with or without diabetes, a specific diagnosis may not be found. Presyncope is the most common type of dizziness with Type 2 Diabetes. It is usually secondary to abuse or misuse of medications. Careful review of medications is required.

However, Paroxysmal Positional Vertigo or PPV is the most common type of vertigo in type 2 Diabetes. This is diagnosed by:

For Meniere’s disease, intratympanic steroids or antibiotics administered by someone who is well experienced in the technique for these therapies.

For Vestibular neurites, steroids are effective.

For orthostatic hypotension, lifestyle changes as recommended by a diabetes educator and or a nutritionist. Drugs such as mineralocorticoids that cause more salt retention or alpha agonists (drugs that bind to the smooth muscles in the artery walls and keep the arteries from relaxing enough to cause the blood pressure to drop) may correct the falling blood pressure.

During the first week of January, I was preparing to watch television after dinner when all of a sudden, I began to feel nauseous.  Within minutes I was rushing to the bathroom to throw up.  I then became dizzy, having to hold onto the wall to make it to the bedroom to lie down.  The nausea completely subsided within minutes, but the dizziness lasted about an hour and then I was fine again.

During the weekend, our local family was traveling from Washington, DC to Durham, NC to attend a memorial service for my sister in law.  I went to Woodbridge, Va. a day early to spend the night with a sister with whom I was to travel to NC.  The next morning after breakfast while we were enjoying great family conversations, suddenly I became nauseous and started throwing up again. Since I had no pain, I decided to go on to Durham.  I continued to throw up all the way to Durham.   When we arrived at the hotel I could not stand or walk because of the dizziness.  I drank a lot of fluids and went straight to bed.  The next morning my daughters took me to Duke Urgent Care. Although I felt better and was able to stand and walk with assistance, I felt somewhat dizzy.  On 1/18 after completing a diagnostic evaluation, the Duke Urgent care center was unable to diagnose my problem. Back in D.C., I shared my medical reports with Dr. Archer. Major medical problems were eliminated, but she said it sounded like vertigo, and asked me to follow up with my doctor immediately.

The CT Scan and MRI were negative.  On March 3, I had an initial appointment with an ENT specialist.   He thought it could be an issue with the ear vestibular system. This is a deep inner ear system that controls the brain’s balance center.  I was scheduled for computerized x-rays to determine if an anatomical lesion existed in my ear or brain.  This exam, done on March 9 by a technician, was painless, however it did exasperate the dizziness.  I was given a Virtual Reality Headset that showed results on a computer screen.  Various activities were shown on the headset screen and I described what I saw.  Some were performed with the room lights on, others with the lights off, some completed as I was seated on the end of the exam table, others lying down. These tests revealed that

I found a vestibular physical therapist at the National Rehab Hospital, Washington, DC, and began therapy on March 25.  As of today, June 10, 2020, I have had 15, one hour, sessions. Please note that no medication was needed.  Some treatments were done lying down with my head in various positions, some using the balance bars, while others were eyes and head movements as instructed, with several sessions of neck/shoulder massages.

To strengthen and improve my balance.  I am no longer dizzy, and I am 90% better from the initial treatments.  My therapist believes that any unsteadiness I currently experience is probably due to allergies.